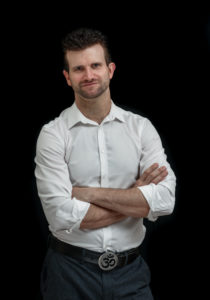 What is “Aspie Power”?

“Aspie”, is a slang term used to refer to someone with Asperger’s Syndrome. Aspergers was a diagnosis adopted in the 1980’s to describe someone on the high functioning side of the Autism Spectrum. We essentially have Autism’s extreme sensitivity, fast visual minds, fixation on patterns, compulsive behaviors, and social and communication challenges, but we’re fully verbal and able to function as independent adults.

Recently the diagnosis “Aspergers” was abandoned and we were all re-diagnosed as just having Autism. At first I was mad about this. I wanted to be clearly differentiated from my nonverbal Autistic brothers and sisters. But now I’m proud to be officially part of the Autism community, and I want to overtly recognize that the skills and challenges Autistic people possess differ only by degree. It is a “spectrum”, as they say. And I can now say that I am proud to be on it. And so I am adopting the term “Aspie” to refer to any person on the Autism Spectrum.

“Power”, I learned in 10th grade Government class, is defined as “the ability of one person to get another person to serve the will of the first person.” To me, I widen this definition to just mean the ability to create, to make change, to influence the world. Those of us with “disabilities” (much like other disenfranchised groups) are often seen to have less power. Our current society’s dominant groups and systems overtly disempower us through discriminatory words, actions, laws, and media images. Throughout history these minority groups have organized to combat this discrimination and reclaim their political and cultural rights. So consider “Aspie Power” the Autistic person’s equivalent of “Black Power,” “Women’s Empowerment,” and “Gay Pride.”

This empowerment starts in the hearts and minds of every Aspie. We first have to combat the engrained belief that we are broken, inferior, freakish or disabled. As Temple Grandin’s mother told her as a child, we are “different, not less”. We must embrace and celebrate our identity in order to fully harness the special gifts and talents that have much to offer the world. I believe this mental shift will lead us to highly fulfilling relationships, careers, and lifestyles.

I want to be careful to acknowledge that I don’t believe Aspies are superior. When I say I believe we have “super powers”, I in no way want to imply that other people don’t. I am clear that everyone has unique gifts to this world and I’ve spent an enormous part of my life cultivating those powers in all different kinds of people. I want only for Aspies to take their rightful place along side other powerful people. And to see us harness our unique gifts to create the lives, and world, we want. 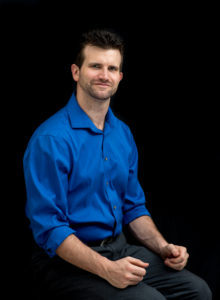 Joe Carr is a powerful coach and teacher dedicated to helping people achieve their full power. He has ten years of experience training youth and adults in communication, mindfulness, conflict resolution and empowerment. He tells people the fierce truth, and inspires them to live from their full potential.

Joe grew up in Kansas City, MO, undiagnosed with Autism (originally called Aspergers Syndrome). He was talented and loud, making enemies every where he went, constantly bullied and excluded. At age 12 he discovered that he could receive and implement feedback from others to change himself and become better. Setting in motion a lifetime of personal growth.

Experiencing first hand how challenging relationship and intimacy can be, he set out to master the art of connection. He studied Nonviolent Communication, Mindfulness practice in the tradition of Thich Nhat Hanh, Men’s Work with the ManKind Project, Body-Centered Coaching with OneTaste, and many more.

His work continues. He currently lives in Austin, TX and does regular practices that keep him mentally, physically, and spiritually clear. He has a coach, a couples coach, a personal trainer, an acupuncturist, and other healers. He regularly attends 12-Step meetings, has a sponsor and sponsors others. He lives and works with other coaches, which keep him sharp and awake.

He’s married with a baby, and started Serenity Kids Baby Food with his wife. He is excited to continue bringing this work to others. He believes that everyone can have the connection, success, and power that they want.